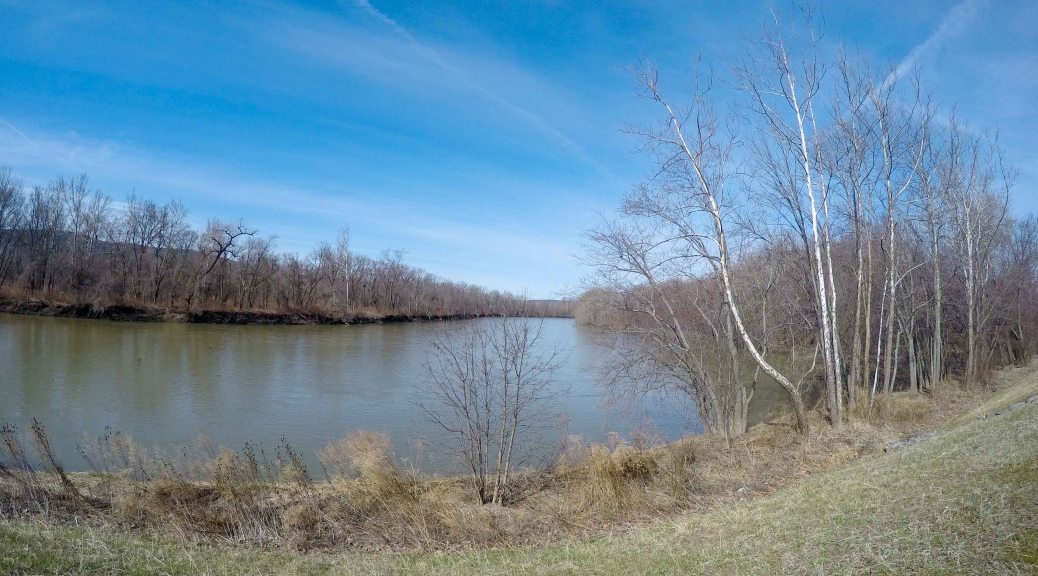 One thing I really love about running is that it is often a way for me to enjoy all of the things I love in life at the same time. This is even more true now that some Spring weather has finally arrived. I went out for a run. I took a few photographs. I also, thanks to the return of Spring, was able to do some bird watching from the trail. Today was a perfect day for a run and I had an 18 mile long run on the calendar for my 50k training. 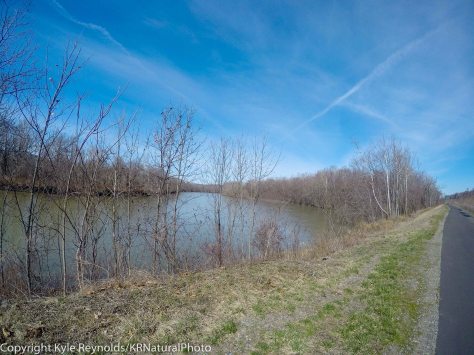 Today I started at Eldridge Park in Elmira, NY and ran the Lackawana Trail out and back. Two of my friends met me and ran the first 4.5 miles with me. Then I continued down the trail as it follows the Chemung River. It was so nice to just be out running and enjoying the weather instead of fighting the weather as most of my training has been this year. 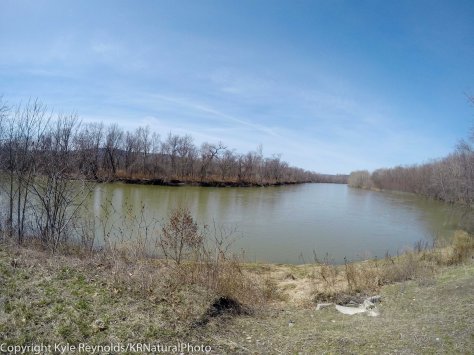 As usual I took a camera with me on this run. I took my GoPro with as has been the norm lately. It fits best in my vest and is the best option especially for the long runs. I used the GoPro to capture these scenic shots as I ran by one of the spots that I think is the most scenic on the trail. I took one series on the way out and one series on the way back. I just set my GoPro to time lapse and capture the images as I pass by. 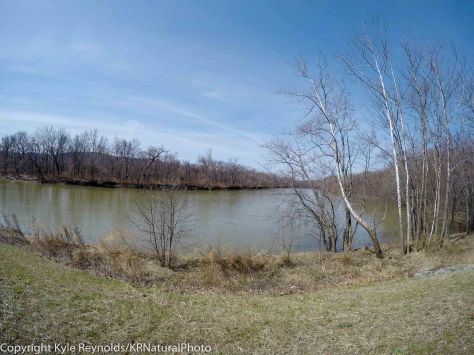 I was even able to do a little birding along the trail. Now that Spring is really starting to arrive birds are on the move. I saw red-winged blackbirds, various woodpeckers, geese, an assortment of warblers that were difficult to ID while running but I think one was a yellow rumped warbler, and I saw a bunch of what I think were kinglets zipping around in the bushes. The only thing that nagged at me was that I wished I had my long lens camera with me so I could photograph the birds. But you have to make trade offs. It would be very difficult to run around with a 10 to 20 pound camera rig strapped on my back.

Overall it was a really great day for a run.